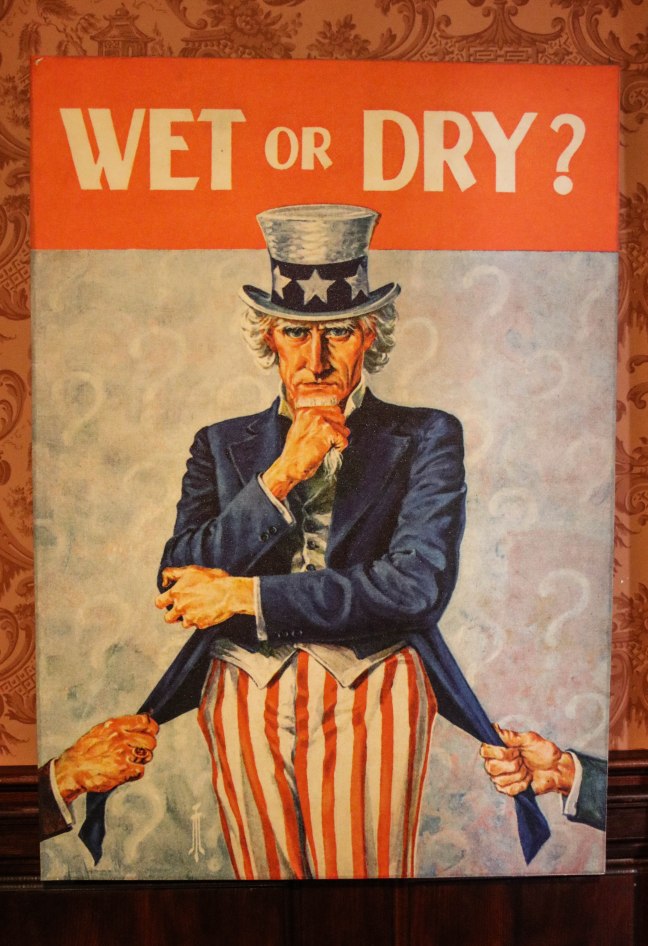 While in Savannah, Georgia, I went to the local Prohibition Museum. Prohibition is something I knew of, but didn’t know much about. It wasn’t a subject I had an interest in or an opinion of. The museum was informative and I definitely left with more information on the subject than when I walked in.

Here is what really stood out to me: The division in our country regarding the subject, the way each side manipulated their messages in order to win the vote and how we still see this behavior now in our country (only regarding different subjects).

Each side had propaganda implying if you didn’t support one side or the other, you were not patriotic. If you supported prohibition, it was implied you were morally superior. If you didn’t support prohibition, you must not be supportive of the family unit. Either this or that. Each side stated they were better than the other and demonized anyone who didn’t agree with them. Each side played to emotions and promoted fear. There were threats and worse- actions from hate groups such as the KKK. I couldn’t help but see the direct link to behavior in our country then and behavior in our country now. Then I wondered: How long are we going to keep buying this bullshit? When will we wake up?

Fear mongering, degrading name calling, divisive rhetoric, “either or” campaign tactics, character attacks… it’s still in play and we still fall for it. I believe we need to level up and I also believe it’s not impossible. It might take time, it might take perseverance, it might take difficult conversations and a complete unwiring of personal belief systems. But it CAN be done.

Please go to my Facebook page (Inspiration by April) for all photos from the museum.

Copyright: All images and content are copyrighted by April Stanley and Inspiration by April, unless otherwise stated. Images may not be cropped or altered under any circumstances without written consent. If you quote any content from this blog, please be sure to link back and give proper credit. Thank you!